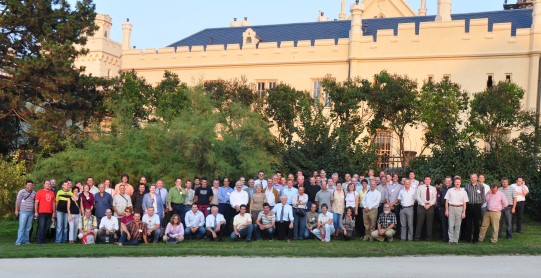 The SPISE 3-Workshop took place from 22 to 24 September 2009 at Brno (CZ) and was attended by 100 participants from 27 European countries. The Workshop was organised by the SPISE Working Group (SWG), to which representatives from Belgium, France, Italy, the Netherlands and Germany belong (Chairman: Dr.-Ing. H. Ganzelmeier)

The aim of the Workshop was to discuss Article 8 of the Framework Directive (the inspection of plant protection equipment already in use) and to reach conclusions for implementing equipment inspections in the Member States. The participants came from testing and research institutes, administration departments and companies and the majority possessed technical expertise so that in particular practical implementation was the focal point of the Workshop.

The Workshop was opened by Mr. Hnizdil from the State Pyhtosanitory Admininstration Department in Prague.

Two representatives from the European Commission were present and both gave a presentation at round table sessions:

- Directive of the European Parliament and the Council on machinery for pesticide application, amending Directive 2006/42/EC of 17 May 2006 on machinery.

The individual sections of Article 8 were presented, explained and discussed in the 6 sessions which followed.

On the evening of the first day, contributions concerning the training of inspection personnel and on software solutions for compiling and analysing data and inspection facilities were presented under the agenda item "Optional Evening Activities" and also several posters.

The results of the workshop can be summarised as follows:

This article is already 9328 Once seen.